COP26 Whimpers to a Close as Activists Decry Inaction 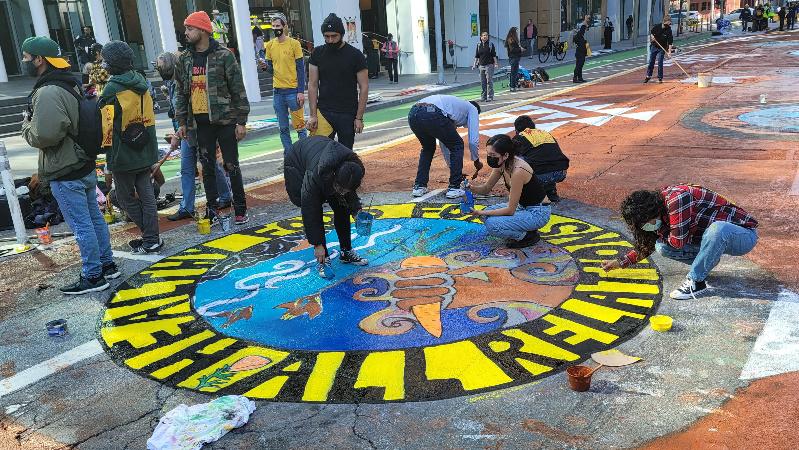 As the COP26 (the 26th UN Climate Change Conference of the Parties) ‘whimpers to a close’ this week, as one observer put it, the growing gap between this spectacle of largely empty words & greenwashing and real global action to tackle climate change should be an embarrassment to all concerned.  The reaction from climate activists has been scathing.

From Bill McKibben:  “…in a press release issued last week, the government of the United Kingdom, which is hosting the summit, initially claimed that a hundred and ninety nations and organizations represented there had joined in a breakthrough pledge to phase out coal and stop investing in new coal-power projects. But, as Agence France-Presse’s Patrick Galey pointed out, by the time the list of nations was published, only twenty-three had announced new plans to abstain from coal, and ten of them don’t even burn coal. Together, he found, the twenty-three nations account for just thirteen per cent of the world’s coal use. China, Russia, the United States, and Australia aren’t on the list.”

Eighteen-year-old Swedish climate activist Greta Thunberg called COP26 a “failure”.  She said, “The COP has turned into a PR event where leaders are giving beautiful speeches and announcing fancy commitments and targets, while behind the curtains the governments of the Global North countries are still refusing to take any drastic climate action.”

Climate Justice Activist Eve Chantelle from Uganda urges world leaders to put human rights and the rights of land and Environmental Defenders ahead of big polluters at COP26. See the report here.

The Glasgow U.N. climate summit is inundated with fossil fuel lobbyists, according to a recent report published by Global Witness that found “if the fossil fuel lobby were a country delegation at COP, it would be the largest with 503 delegates — two dozen more than the largest country delegation.” Additionally, they estimated that there are over 100 coal, oil and gas company lobbyists and their associated groups at COP26.

Climate activists protested outside the U.N. climate summit in Glasgow Monday spotlighting the role of the U.S. military in fueling the climate crisis. The U.S. Department of Defense has a larger annual carbon footprint than most countries on Earth, and it also is the single largest polluter on Earth.

On Friday, 25,000 people, including many thousands of school students, joined a massive climate strike. The following day there were hundreds of actions all across the world and more than 100,000 people formed a protest marched through the streets of Glasgow. One of the speakers in Glasgow said: “We’re taking this action to encourage others, scientists and all people, to rise up in rebellion against the system that is killing everything.” Over 100,000 cram the streets of Glasgow, Scotland to protest the inaction of governments and corporations on the climate crisis.  Photo credit:  The Left CC 2.0 License