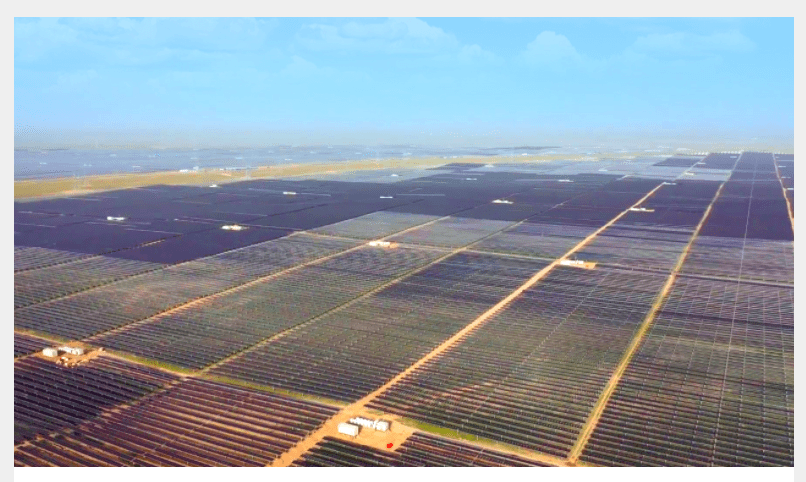 Massive solar arrays are starting to spring up around the world, particularly in Asia.  That’s because the lifetime cost per megawatt hour of PV Solar has been plummeting, and is now estimated to be well below coal, offshore wind, and nuclear power.   Recent estimates of solar farm construction costs in Asia have fallen to roughly $1 million/megawatt installed, or a billion dollars per gigawatt.

“Chinese President Xi Jinping last week committed his country to carbon neutrality by 2060. This week, China took a small but tangible step in achieving this goal as the country’s biggest-ever solar power station was connected to the grid in the northwest province of Qinghai.

According to PV Magazine, construction on the massive power plant began in November, 2019 and completed just 10 months later in September of 2020.  The power station also includes a storage component with 202.86 megawatt hours of energy storage plant. Construction on that portion of the project was also completed in September after just four months.

Rewiring America’s “Electrify Everything” plan estimates that virtually all industrial, transport, building and residential energy in the US could be converted to electricity with a 10 year crash project by also implementing smart building, energy conservation, and timing of useage patterns.  They say the cost of such an intense transformation would fall within the at a $3 trillion 10 year budget to address the climate crisis that was set by most Democratic presidential candidates in the 2020 election.  You can read the details here.