NYC and London Mayors Call On All Cities to Divest 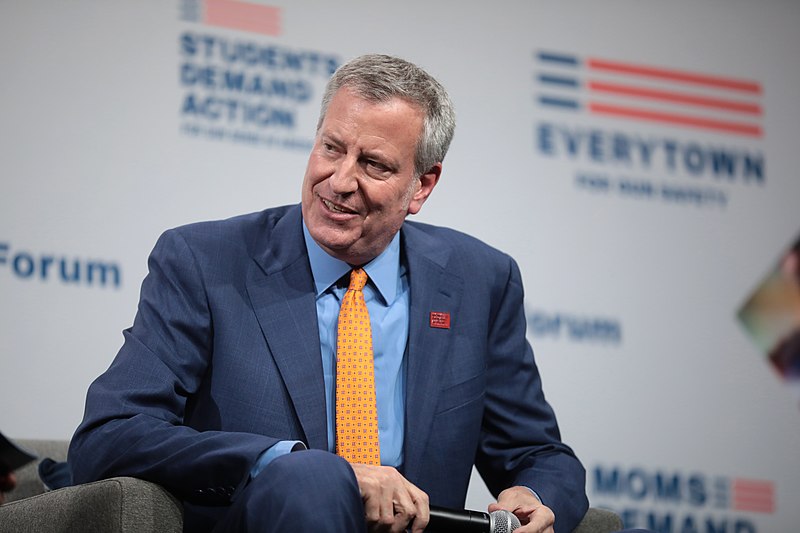 ‘We are calling on other cities to stand with us.’ New York City mayor Bill de Blasio and London mayor Sadiq Kahn (right). Photograph: Pacific Press/LightRocket

“It’s clear that what we think of now as freak weather in our cities is likely to become the new normal, and that climate change poses a huge threat to the futures of our children, and many generations to come.

As mayors, we are not only committed to taking bold action to tackle climate change and to improve the lives of those we represent, but also to showing others the way. That’s why, ahead of the Global Climate Action Summit in California, we are calling on other cities to stand with us to divest their assets from fossil fuel companies. Today we are announcing a new global initiative for cities on divestment and sustainable investment. Working through the C40 Climate Leadership Group, London and New York will co-chair the Cities Divest/Invest forum, a global network for cities that will not only enable us to share tools, knowledge and experiences, but also to advocate for action on divestment and green investment.

London and New York are two of the world’s most dynamic, innovative and forward-thinking cities, and we are determined to push ahead with the goals of the Paris agreement – stealing a march on many national governments.”

Read their entire statement in the Guardian here.