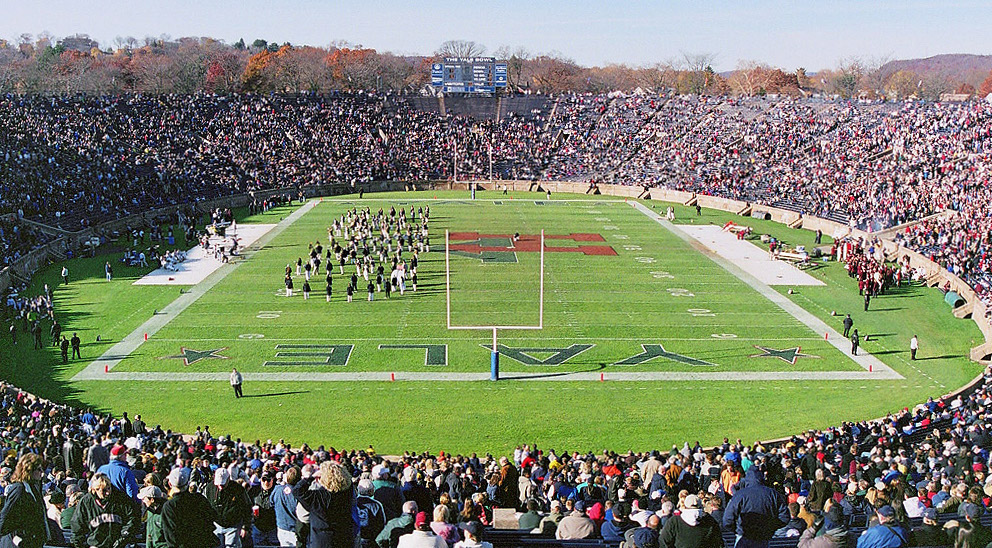 The Harvard-Yale football game was delayed Saturday after more than a hundred students and alumni flooded the field to protest against the schools’ endowments from fossil fuel companies.   “Nobody wins. Yale & Harvard are complicit in climate injustice,” read a banner held by the students… Harvard was leading Yale 15-3 during the game in New Haven, Connecticut when the students ran into midfield as halftime was ending. The game was delayed for nearly 30 minutes until students were escorted out of the field by police.

Students are calling for both schools to divest their endowments from fossil fuel holdings. Yale students are demanding the school to pressure hedge fund managers to cancel any debt from Puerto Rico.

“Harvard and Yale claim their goal is to create student leaders who can strive toward a more ‘just, fair, and promising world’ by ‘improving the world today and for future generations.’ Yet by continuing to invest in industries that mislead the public, smear academics, and deny reality, Harvard and Yale are complicit in tearing down that future,” the student groups, Fossil Fuel Divest Harvard, Fossil Free Yale and Yale Endowment Justice Coalition, said in a statement following the protest.   “We demand that our universities take responsibility for their role in perpetuating the climate crisis and global climate injustice — we call on Harvard and Yale to fully disclose, divest, and reinvest their holdings in the fossil fuel industry, putting an end to business as usual and taking meaningful action towards building a more just and stable future,” the groups added.

An excerpt from the Guardian article on the protest explains the protestors are abandoning their former strategy of administrative engagement:

“Students began campaigning in 2012 for both schools to stop investing in oil and gas and coal companies that contribute to the climate crisis. Both universities refused, arguing that they would be in a better position to encourage corporate climate action if they remained shareholders.

“They believe that they can engage with these companies and get them to change their fundamentally extractive business models, which we think comes from a place of naivety amounting to gross negligence,” Nora Heaphy, an undergraduate at Yale, said.

“It’s absurd to make those kinds of claims. So since then our campaign has moved away from administrative engagement, recognizing that it is often a stalling tactic.”