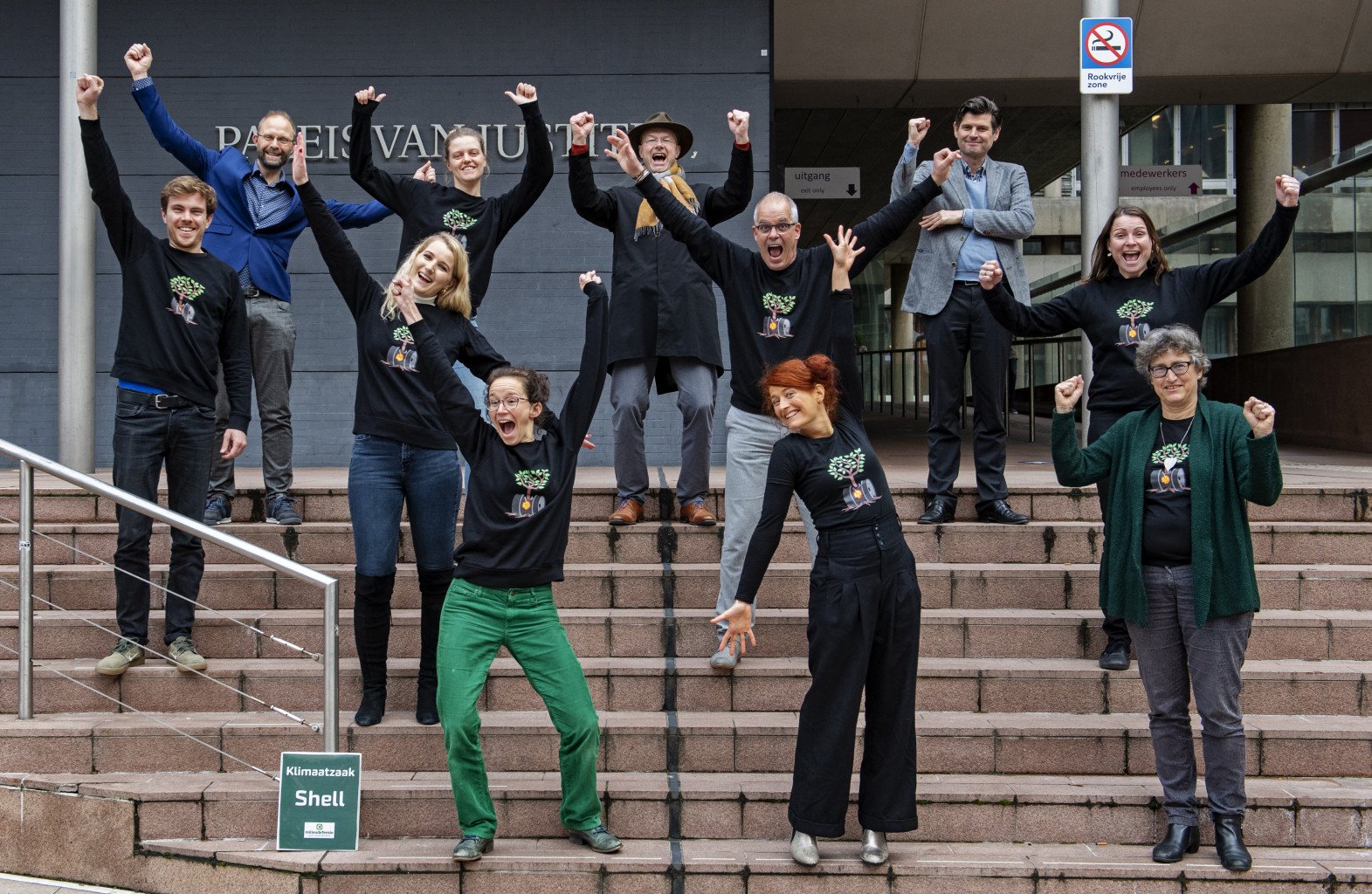 “Tears of Joy! We Won!”: Friends of the Earth Europe Celebrates the Shell Ruling

Climate activists just scored three historic victories against Big Oil that show the tide is slowly but surely turning in the fight to address the climate crisis.  On the same day, May 26th, 2021, three of the largest oil companies in the world, Dutch Shell, Chevron and Exxon were dealt three different, powerful blows likely to hasten the demise of their fossil fuel business in coming years and to accelerate the move to renewables.

Shareholder Rebellions:  For Chevron, it was an overwhelming vote by 61% of their shareholders that they should work to track and reduce not only Chevron’s own carbon emissions, but ‘Scope 3’ emissions, those of its products and its customers as well, (a majority of Conoco-Philips and Philips 66 shareholders had approved similar proposals earlier in the month). And at Exxon, a small activist group of shareholders succeeded in electing three ‘activist’ directors to Exxon’s 12 member Board of Directors who will now push the company to more quickly stop investing in new fossil fuel infrastructure and move to accelerate its transition into a renewable energy company.

A first-ever climate court order:  And finally, a Dutch court in the Hague ordered Dutch Shell to reduce its carbon emissions by 45% by 2030, in line with IPCC recommended goals.  This is a precedent-setting ruling that potentially puts a ‘carbon polluter’ label and liability on the back of every fossil fuel company in the world, adding meaningful risk for their investors. The court acknowledged that ordering Shell to cut its emissions virtually in half in just the next nine years could have a negative impact on Shell’s operations, growth and business.  But the court said that the interests of the public to stop disruptive, life-threatening climate change clearly outweigh Shell’s commercial interests.