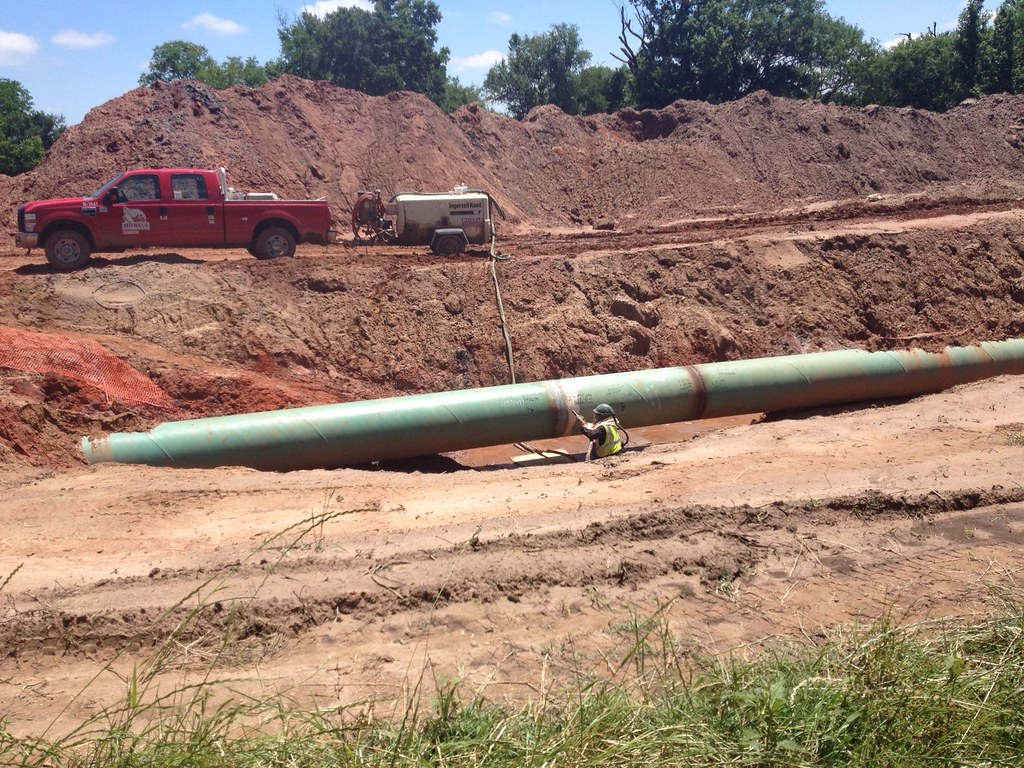 …[A] decade ago, beginning with indigenous activists in Canada and farmers and ranchers in the American west and midwest, opposition began to something called the Keystone XL pipeline, designed to carry filthy tar sands oil from the Canadian province of Alberta to the Gulf of Mexico. It quickly became a flashpoint for the fast-growing climate movement, especially after Nasa scientist James Hansen explained that draining those tar sands deposits would be “game over” for the climate system. And so thousands went to jail and millions rallied and eventually Barack Obama bent to that pressure and blocked the pipeline. Donald Trump, days after taking office, reversed that decision, but the pipeline has never been built, both because its builder, TC Energy, has had trouble arranging the financing and permits, and because 30,000 people have trained to do nonviolent civil disobedience to block construction. It’s been widely assumed that, should a Democrat win the White House in November, the project would finally be gone for good.

And then came the coronavirus epidemic – and the oil industry saw its opening. It moved with breathtaking speed to take advantage of the moment.

On Tuesday, TC Energy announced it was moving workers from across America into place in states along the pipeline route – although local reporters in Montana discovered they’d actually begun arriving 48 hours earlier, narrowly beating the state imposition of a quarantine.

On Thursday, JP Morgan Chase announced that it was leading a $1.25bn bond issue for TC Energy.

So here’s how it shakes out:

1) The oil industry is flying in workers from across America to rural states with already strained health care systems, at a moment when all Americans have been asked to shelter in place, and pretending that they are “essential” employees in order to build a pipeline that would carry oil no one wants or needs, and which would go a long way toward wrecking the planet’s climate system.

2) The work is being done on the edges of many Indian reservations – endangering a group of people who, over the centuries, have endured 90% population losses from introduced epidemics, and who are suffering horrible losses already from this one. As Faith Spotted Eagle of the Yankton Sioux put it on Wednesday, “this causes eerie memories for us [of] the infected smallpox blankets that were distributed to tribes intentionally”.

3) It is difficult to escape the conclusion that the oil industry is acting decisively now because it knows this is the one moment when protesters can’t make themselves heard. Those 30,000 trained volunteers represent one of the great nonviolent armies in American history, willing to suffer to protect the planet – but they are moral human beings who will not risk taking microbes into prisons with them, and endanger prisoners crowded together in impossible conditions.